Drupal Watchdog Volume 1 Issue 1 is on its way to Chicago to greet all attendees of the Chicago DrupalCon. Those that subscribed should receive the first issue within the next two weeks, possibly longer for international subscribers. This issue was made possible by 23 authors, 7 editors, 2 designers, and a 3-person layout team. Its 80 pages were printed on FSC Certified paper stock with soy inks. 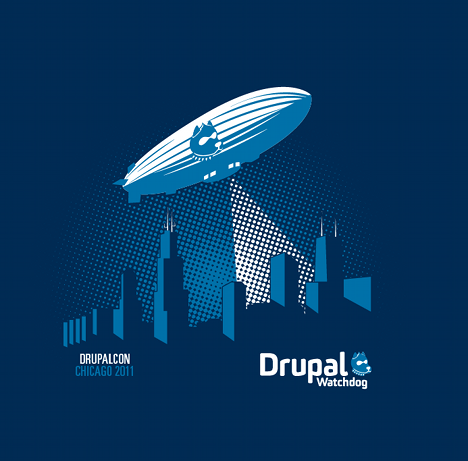 I'll be in Chicago attending the DrupalCon, and eager to get feedback from other attendees. Questions I'm looking to get answered include: What did you most enjoy about Drupal Watchdog Issue 1? What do we most need to improve? Is there enough interest to publish quarterly in 2012? What digital formats are people most interested in? And, what topics would you be most interested in seeing covered in Issue #2?

The printer sent me a snapshot of some finished copies of Drupal Watchdog issue #1. The photo was taken from a phone and is not high quality, but it gives you an early sneak peak as to what you can expect: 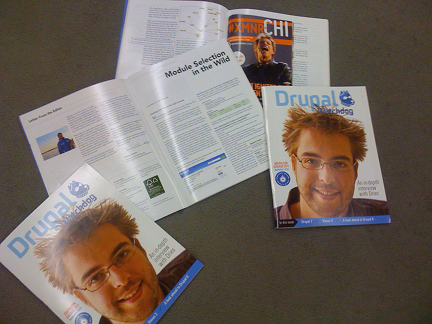 The copies of Drupal Watchdog that people find in their "tote bag" in Chicago contain an exclusive bonus: Examiner.com put together a full-color 28-page insert titled "#XMNR:CHI The Insider Guide To What To Do And Where To Do It". The insert suggests where to eat, where to drink, and what to see while you're in Chicago. It even includes a map of the area around the Drupal Towers and a list of food within easy walking distance.

Drupal Watchdog is a very content-rich magazine. Our first issue is 80 pages long and includes 7 feature-length articles, 13 standard-length articles, and 6 columns. Read on for the complete table of contents, it's quite likely you'll recognize a great number of our contributors! As a print magazine, Drupal Watchdog strives to bring you relevant information that remains useful to you for a long time to come.