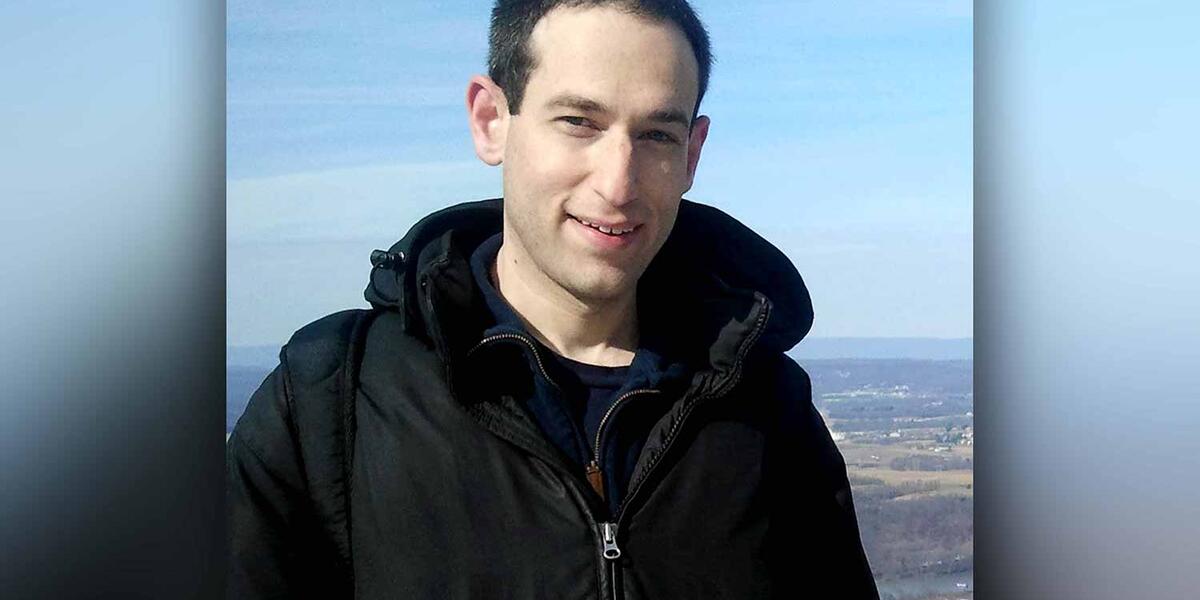 This is the second in a series of blog posts about the relationship between Drupal and Backdrop CMS, a recently-released fork of Drupal. The goal of the series is to explain how a module (or theme) developer can take a Drupal project they currently maintain and support it for Backdrop as well, while keeping duplicate work to a minimum.

For this post I’ll be looking at User Cancel Password Confirm, a very small Drupal 7 module I wrote for a client a couple years back to allow users who are canceling their accounts to confirm the cancellation by typing in their password rather than having to go to their email and click on a confirmation link there.

We learned in part 1 that adding a backdrop = 1.x line to a module’s .info file is the first (and sometimes only) step required to get it working with Backdrop. In this case, however, adding this line to the .info file was not enough. When I tried to use the module with Backdrop I got a fatal error about a failure to open the required includes/password.inc file. What's happening here is simply that Backdrop (borrowing a change that's also in Drupal 8) reorganized the core directory structure compared to Drupal 7 to put most core files in a directory called "core". When my module tries to load the includes/password.inc file, it needs to load it from core/includes/password.inc in Backdrop instead.

This is a simple enough change that I could just put a conditional statement into the Drupal code so that it loads the correct file in either case. However, over the long run this would get unwieldy. Furthermore, if I had chosen a more complicated module to port, one which used Drupal 7's variable or block systems (superseded by the configuration management and layout systems in Backdrop) it is likely I'd have more significant changes to make.

So, this seemed like a good opportunity to go through the official process for porting my module to Backdrop.

Backdrop contrib modules, like Backdrop core, are currently hosted on GitHub. Regardless of whether you're already familiar with GitHub from other projects, there are some steps you should follow that might not be familiar, to make sure your Backdrop module's repository is set up properly and ultimately to get it included on the official list of Backdrop contributed projects.

The best way to get a Drupal module into GitHub is to import it; this preserves the pre-Backdrop commit history which becomes important later on.

Before you do this step, if you're planning to port a Drupal module that you don't maintain, it's considered best practice to notify the current maintainer and see if they'd like to participate or lead the Backdrop development themselves (see the "Communicating" section of the Drupal 7 to Backdrop conversion documentation for more information). In my case I'm already the module maintainer, so I went ahead and started the import: 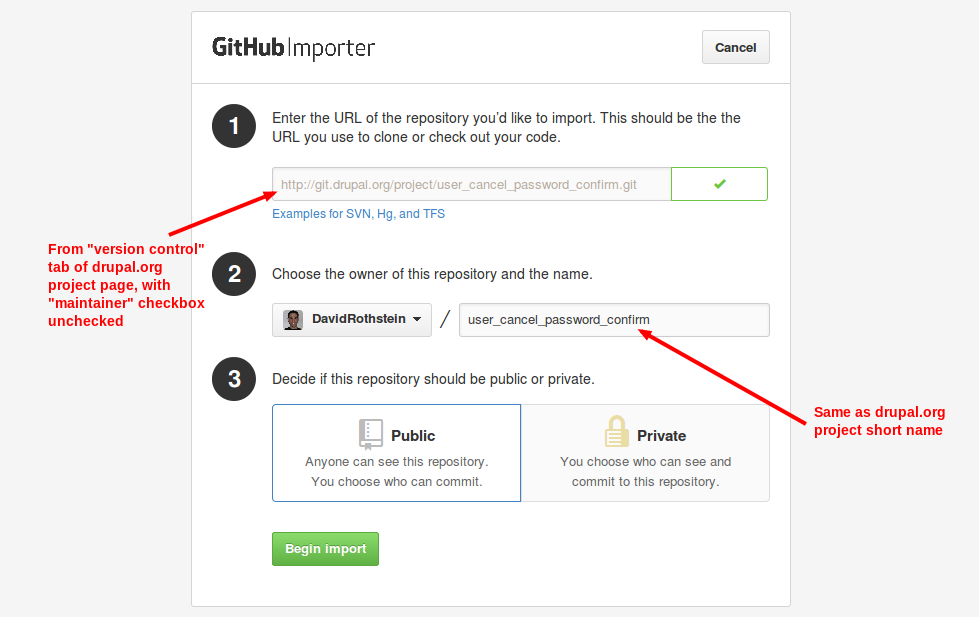 Submitting this form resulted in a new GitHub repository for my project at https://github.com/DavidRothstein/user_cancel_password_confirm.

Cleaning Up Branches and Tags

Next up is some housekeeping. First, I cloned a copy of the new repository to my local machine and then used git branch -r to take a look around:
$ git clone git@github.com:DavidRothstein/user_cancel_password_confirm.git
$ git branch -r
origin/7.x-1.x
origin/HEAD -> origin/master
origin/master
Like many Drupal 7 contrib projects, this has a 7.x-1.x branch where all the work is done and a master branch that isn't used. When I imported the repository to GitHub it inherited those branches. However, for Backdrop I want to do all work on a 1.x-1.x branch (where the first "1.x" refers to compatibility with Backdrop core 1.x).

Just what we wanted, a single 1.x-1.x branch which is the default (and which was copied from the 7.x-1.x branch on Drupal.org and therefore contains all its history).

Updating the Code for Backdrop

Now that the code is on GitHub, it's time to make it Backdrop-compatible.

To do this quickly, you can just make commits to your local 1.x-1.x branch and push them straight up to the server. In what follows, though, I'll follow best practices and create a dedicated branch for each change (so I can create a corresponding issue and pull request on GitHub). For example:

Then make commits to that branch, push them to GitHub, and create a pull request to merge it into 1.x-1.x.

With the above steps, we’re all set; the module is on GitHub and can be developed further for Backdrop there.

But what happens later on when I make a change to the Drupal version of the module and want to make the same change to the Backdrop version (certainly a common occurrence)? Do I have to repeat the same changes manually in both places? Luckily the answer is no. In part 3 of this series, I’ll explain how to link the Backdrop module to the Drupal.org version and maintain them simultaneously. Stay tuned!

Stay Ahead of the Pack!

Be proactive. Install the only Drupal monitoring solution for keeping D6 LTS, D7, and D8 sites up-to-date.
Get Peace of Mind Now!
Body