Toward this goal, over the weekend I launched a new project called SearchBench, a Drupal module for benchmarking Drupal's search performance. As the module evolves, I hope it will prove extremely useful for comparing the performance and scalability of the many free and open source search options available to Drupal powered websites.

Some initial testing on scratchvm showed Drupal's core search consistently outperforming Xapian search. However, Xapian was running in a virtual machine on the same server as the web server, while Drupal's core search was using a remote database. In other words, the current comparison means nothing beyond the fact that the SearchBench module is getting to the point where it's able to generate some potentially useful data. It will be very interesting to set up a clean benchmarking infrastructure and do some actual comparison tests.

Until then, here are a couple of screenshots of the reports currently generated by this module: 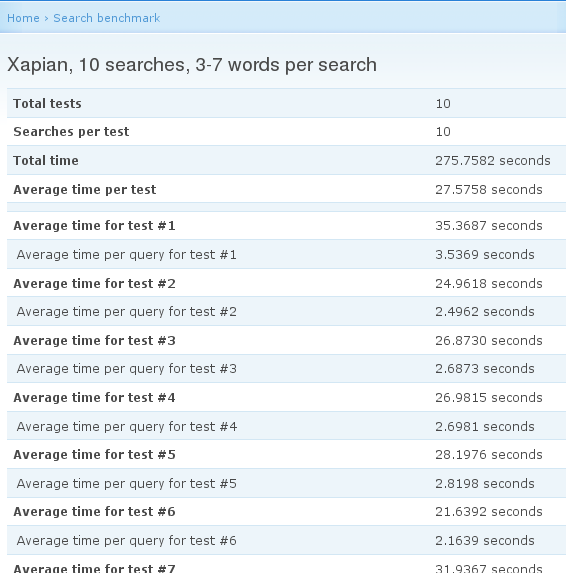 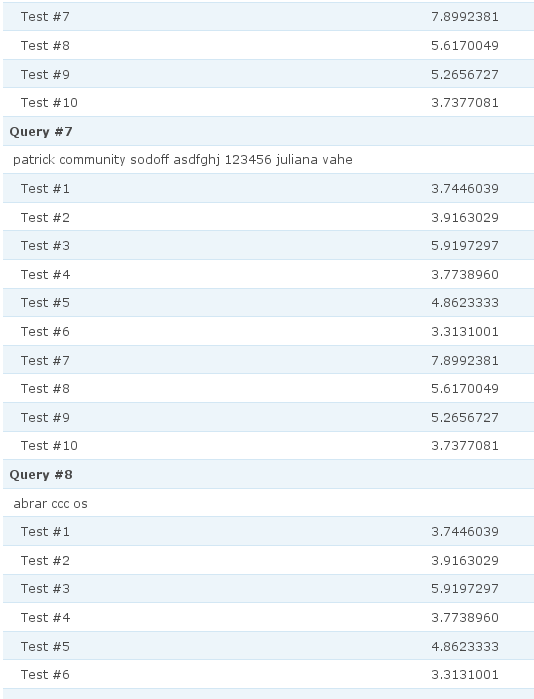