We're excited to have 7 members of the Tag1 Consulting team attending the DrupalCon in Chicago next week. We are all looking forward to participating in another fantastic Drupal Conference. If you've not already bought your tickets, it's still not too late! Don't miss this one!

In Chicago, Tag1 will be passing out copies of Drupal Watchdog, participating in training courses, sessions, and BoFs, and generally enjoying the two-way sharing of knowledge with our fellow Drupal developers and users.

We will be sporting fancy new t-shirts in Chicago designed by Codename Design, incorporating our new logo designed by Candice Gansen. Find a Tag1 team member and ask us about Drupal performance and scalability, and you might get one yourself! :) 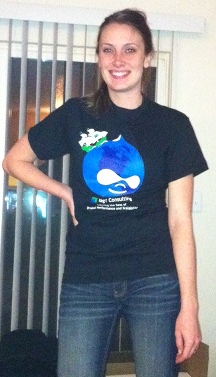 Jeremy Andrews
Jeremy, Tag1's CEO and founding partner, spent much of this year focused on getting Drupal Watchdog issue #1 out the door. He'll be circulating the DrupalCon looking for feedback that will impact future issues of Drupal's only dedicated print magazine.

Narayan Newton
Narayan, Tag1's CTO and partner, will be one of the teachers at the Drupal Performance and Scalability pre-conference training course. As a member of the Drupal infrastructure team he was heavily involved in the recent CVS -> Git migration and the drupal.org redesign.

Other members of the Tag1 team that will be present at the DrupalCon include Brandon Bergren, Nat Catchpole, Jason Markantes and Bob Williams. With 77% of our virtual office physically attending the DrupalCon, we'll return to our normal schedule and availability the following week, March 14th.